Philadelphia, PA - The Philadelphia Theatre Company (PTC) unveiled their 2018-2019 theatrical season. And under the stage lights, board members, theater crew, contributors and subscribers of PTC intermingled like stars born to own the stage. All of whom are quintessential to bringing the magic of live theater to audience members who wish to escape into a world that the directors, playwrights, and actors so deftly portray.

Sweat, which was nominated for the 2017 Drama Desk Award-Outstanding Play and received three 2017 Tony Award nominations will open the 2018-2019 PTC season. Sweat is Lynn Nottage's Pulitzer Prize-winning play, which will run October 12th to November 4th, 2018, and is filled with warm humor and tremendous heart. The play is about a group of friends who have spent their lives together, sharing drinks, secrets, and laughs while working together on a factory floor in Reading, PA. However, when layoffs and picket lines begin to chip away at their trust, the friends find themselves pitted against each other in a heart-wrenching fight to stay afloat.

“I wanted my first full season with Philadelphia Theatre Company to focus on complex narratives and female characters who are reconciling their dreams with their realities,” said Paige Price, who is the new producing Artistic Director for PTC.

Paige Price and new Managing Director Emily Zeck are also bringing The Bridges Of Madison County to their venue, and can be seen from February 8th to March 3rd 2019. The Bridges of Madison County is about a soaring romance between a beautiful Italian woman who married an American soldier to flee war-ravaged Italy, and looks forward to a rare four days alone on her Iowa farm in 1965. However, her quiet escape is upended when a ruggedly handsome photographer pulls into her driveway seeking directions. What happens next in those four days may very well alter the course of her life.

“I have had a subscription for at least 20 years, and I have seen some incredible work. And early on, Master class had me sold, it was a master. I think there is a new generation that has never seen these works, and I would like to share it with them,” stated Sandy Josephs, one of Philadelphia Theater Company's patron of the arts. 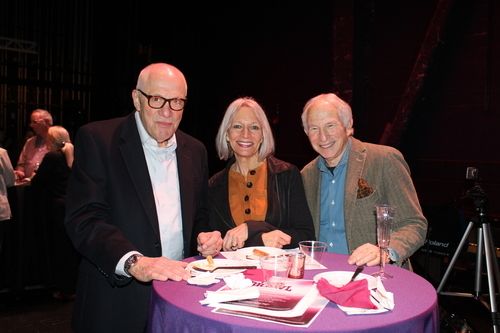 Bringing a new mastery to this theater, Price will conclude the 2018-2019 season with the start of a new direction by committing to producing one work from The Kilroy List every year. The Kilroys are a group of playwrights and producers in Los Angeles “who are done talking about gender parity and are taking action. Each year, The Kilroys release a list of recommended and unproduced show as a tool for producers to use when looking for new works and voices.

The first choice from The Kilroys' List is the world premiere production of Christina Anderson's How To Catch Creation, which will run March 22nd to April 14th, 2019. How To Catch Creation is set in the mid-1960's and surrounds the life of a black, queer, feminist writer's life and how it is changed when her girlfriend tells her some unexpected news. Fifty years later, the reverberations of that moment still echo in the lives of four individuals in the rapidly changing city of San Francisco.

Among some of the crowd pre-viewing PTC's new season line up was Michael Coleman who's enthusiasm was evident as he described, “I have been coming here for probably 20 to 25 years. I go to other theaters and I love the venue here, I love the space here, and I love PTC and what its mission's been. And I look forward to this new era that starts tonight!” 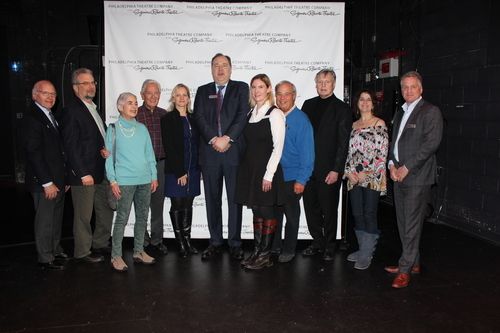 After all the introductions of the new playwrights were made to inform everyone of the upcoming and exciting new season, we were graced with the amazing voices of Jenna Pinchbeck and Michael Philip O'Brien accompanied by pianist Amanda Morton to conclude the evening's event announcement.

For more information on Suzanne Roberts Theatre (located at 480 S. Broad Street) or to purchase tickets, you can go to https://philadelphiatheatrecompany.org to their box-office, or by calling (215)985-0420.