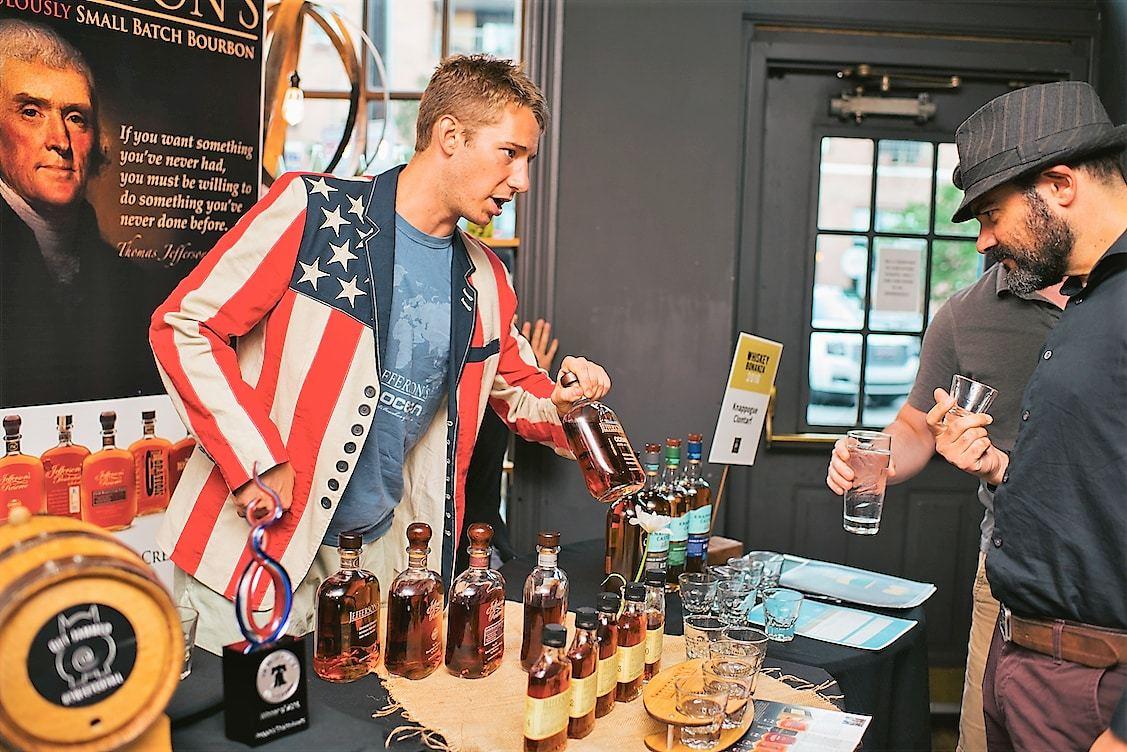 Whiskey Bonanza (Photo: Jessica Hendrix)The annual ticketed whiskey-tasting event runs from 7-10 pm and is in celebration of Bourbon Heritage Month. Participants have access to dozens of whiskeys, including Russell’s Reserve, Wild Turkey, Dad’s Hat Rye, Basil Hayden, and Copper Kings Brandy, among the mix. Additionally, Pittsburgh’s Wigle Whiskey will make its debut at Whiskey Bonanza this year. Festival-goers can purchase an exclusive ticket to participate in a special VIP Hour from 6-7 pm featuring rare and hard-to-find whiskeys not available during the main event.

“This event is great because it brings Bourbon Club members as well as new customers to the restaurant,” said George Reilly, Master Craftsmen and owner of The Twisted Tail. “Attendees may discover a new interest or find that they actually like drinking scotch.”

Adding to the fun, there will be an exciting bartender competition featuring four bartenders competing for a cash prize by concocting an original winning whiskey cocktail. Attendees will sample and vote for their favorite drink. Chewy’s Food Truck, specializing in burgers, BLTs and “more tasty stuff”, and Foolish Waffles, serving sweet and savory waffles, will be on hand from 8-10 pm to provide all whiskey drinkers with a bite to eat.

“It’s great to have that collection of whiskeys in one place,” said Reilly. “It’s not too often that people are able to have that comparison side by side.”

Tickets are $60 for general admission and $75 for VIP. Tickets can be purchased at whiskeybonanza.com or in person at The Twisted Tail or via phone at 215-558-2471.

As part of Bourbon Heritage month, The Twisted Tail hosts free whiskey tastings every Friday at 6 pm throughout September. Customers can sign up for the free Bourbon Club – members receive advanced notice about events, a lifelong discount, as well as an engraved glass with their name held behind the bar. Bourbon Club members receive 20% off all whiskey during September.

The Twisted Tail is conveniently located near Penn's Landing and is easily accessible from I-95 or I-76.

ABOUT The Twisted Tail

The Twisted Tail is a stylish Southern-inspired contemporary American restaurant, bar and live music venue in the heart of Philadelphia’s Headhouse Square district —between bustling South Street district and historic and elegant Society Hill neighborhoods. The Twisted Tail features an extensive array of bourbons and whiskeys as well as expertly sourced craft beer and delicious homespun craft cocktails by restauranteur George Reilly. Chef Leo Forneas executes a diverse menu of contemporary cuisine with a hint of Southern accent that is perfect for sharing and enjoying. 509 S. Second St., {across from Headhouse Shambles}; 215-558-2471; www.thetwistedtail.com