Philadelphia, PA - Center City, Philadelphia is booming with new restaurants and businesses. Something to look forward to in 2018 is that 13th and Market will welcome Iron Hill Brewery & Restaurant. Since its first opening in 1996, the brewery and restaurant now have 12 locations including DE, NJ, Chestnut Hill, and Ardmore, PA. The restaurant takes its name from a historic Revolutionary War landmark in Delaware, where Generals Washington and Lafayette battled against General Cornwallis to ensure American liberty. 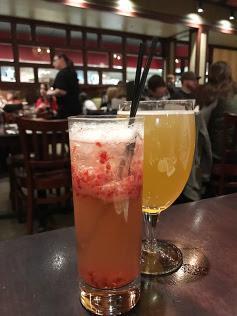 Recent investments have allowed the company to continue its 20-year expansion since its start in Newark, DE by brewers Kevin Finn and Mark Edelson and restauranteur Kevin Davies. The leased space is 8,450 square feet of the soon to be a building of the trans-formative East Market project. This location is perfectly centralized just steps away from Reading Terminal Market and the Philadelphia Convention Center. Scheduled to open Spring 2018, 1150 Market Street will mark the company’s highly-anticipated debut in a major metropolitan hub and fastest-growing brewpub. Iron Hill Brewery was granted Most Popular Restaurant in Philadelphia by Zagat in 2014. Their beers have earned 44 medals from the Great American Beer Festival in an unbroken 19-year winning streak that continues today.

“We’ve long wanted to join Center City’s exciting and diverse restaurant scene, but we wanted to be part of something from the ground up,” said Iron Hill Brewery & Restaurant President and Founder Kevin Finn. “There has been tremendous population growth as places like East Market draw new residents to Center City. We take great pride in embracing the communities we serve, and that is especially true in Philadelphia. We look forward to opening our doors and raising a pint with our new neighbors and friends in spring 2018.”

We would describe Iron Hill’s menu as a culinary encyclopedia with a little something for everyone. And of course, there is quite the beer selection, including Iron Hill’s own Signature Beers. Some favorites include the Pig Iron Porter, which is a classic porter, dark and full of roasted malt flavor. The chocolate notes are well balanced by a slight bitterness. The White Iron Wit is another go-to. This pale, unfiltered Belgian-style wheat beer is light-bodied and very refreshing. It features complex orange and spice flavors. The restaurant also offers beers on tap, as well as bottled reserves that can be ordered for the table. They even have King of the Hill Rewards Club Appreciation Day, which is the First Thursday of Every Month from 6:00– 8:00 pm where growlers are half price. March 17th marks the Bandana Extravaganza Beer Release at Voorhees, NJ from 5:00- 7:00 pm. The Bandana IPA is an American IPA with a delicious lemon, melon, citrus, and a subtle pine character.

The appetizer menu alone can be quite overwhelming if you’re not the decisive type. Some crowd-pleasers that pair exceptionally well with almost any of Iron Hill’s best brews include the popular Cheesesteak Egg Rolls, fried to perfection with onions, American cheese, ketchup, and horseradish sauce. If giant scallops and crispy bacon spark your interest as you sip on a cold one, the Bacon Wrapped Scallops are served with tangy horseradish dipping sauce and lemon and are perfect for sharing. The Fried Goat Cheese is a lighter selection, that is served with strawberry-thyme compote, onion confit, balsamic syrup, and black pepper. If you happen to be a cheese lover, this dish is a must-try! The Seafood Bisque is a meal in itself, and perfect for warming up on a chilly day with a combination of baby shrimp, bay scallops, and crab.

The Brew House entrees include everything from steak, pizzas, burgers, sandwiches, salads, and Chicken Pot Pie. This portion of the menu truly has something that everyone will enjoy, plus it all pairs well with a 20 oz. signature draft beer. The Char-grilled Ribeye Steak will totally make your mouth water. This 16 oz. black Angus cut ribeye is paired with smashed Yukon gold potatoes, asparagus spears, crispy onion rings, and chimichurri. Have this steak with any beer and its totally a meal fit for a king (or queen in our case). They also offer options of the healthier variety such as the Moroccan Salmon, or the Red Chile Shrimp.

If there is room in your stomach and something sweet is calling your name, the Triple Chocolate Hill is unlike any other dessert. This mountainous delight includes a double fudge brownie, vanilla ice cream, peanut butter caramel sauce, chocolate sauce, and whipped cream. This is perfect for sharing–or not if you have an undeniable craving for chocolaty goodness. Iron Hill even offers Signature Ice Cream! They partnered up with the University of Delaware Creamery to create delightful varieties like vanilla (with Tahitian, Mexican, and Madagascar vanilla), Malted Bourbon Pecan with vanilla malt ice cream, pecan pralines and maker’s mark bourbon, Gold Medal Stout, with chocolate ice cream and the award-winning Russian Imperial Stout, and Chocolate Chip Cookie Dough, with vanilla ice cream and chocolate chip cookie dough.