- Catahoula Bar & Restaurant delivers the deep south to South Philly, situated in Queen Village near Penn's Landing (775 S. Front Street), It;s not your typical gastro-pub. Truth be told there is something amazing going on here. Traditional Cajun/Creole cuisine, probably the best you'll come across outside of NOLA.

Where to Get Cajun and Creole in Philadelphia

This is neighborhood bar with Louisiana leanings. the restaurant its self is named after the Catahoula Cur an American dog breed named after Catahoula Parish, in Louisiana. 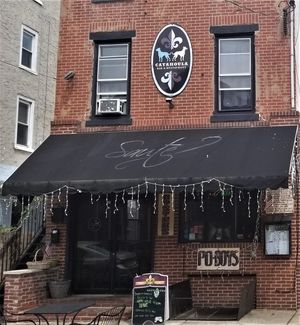 Catahoula Restaurant & BarThe menu is certainly intense with classic New Orleans flavors such as Jambalaya, Gumbo, Shrimp, Po’ boys, Shrimp & Grits, Fried Green Tomatoes, Pulled Pork and more. With regard to dessert, you should try the Bread Pudding, among others great treats. Catahoula definitely dishes up the rich and decadent southern flavors.

The owner Shlomo Kaufman can quite frankly be described as passionate, warm and friendly. Shlomo originally arrived in Philadelphia from Israel in 1971 and soon after relocated to Houston, TX where he launched a popular cheesesteak spot. During the course of time, he returned to Philly, and start Catahoula in 2009. replacing the French restaurant Sauté.

"Our staff is warm and friendly, our chef is always smiling, and we serve the type of food that just makes you feel good. From classic New Orleans flavors to top notch bar food, we’ve got those taste buds covered." Catahoula's Website

Customers can easily delight in their outdoor setting, including their covered side courtyard, with a few beers or perhaps a favorite NOLA cocktail such as a traditional Hurricane or Hand Grande. 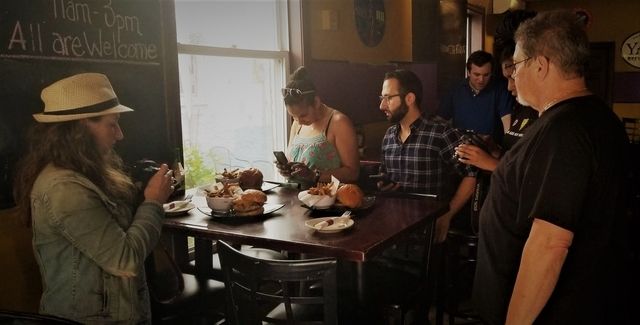 So regardless of whether you simply want to stop in to enjoy the big game along with an icy Abita draft at one of Philly’s best Cajun cuisine, or perhaps sit down for a belly-warming bowl of Acadian Style Gumbo on a cold day, stop in and take pleasure in a little NOLA in Philly.