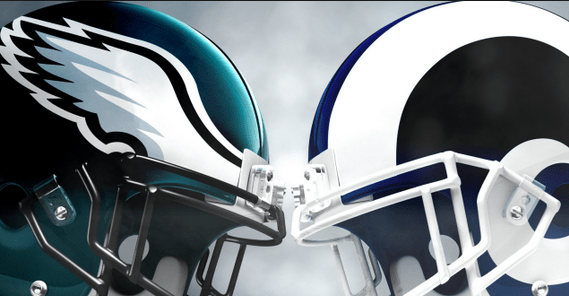 - After the Eagles built a 17-0 first-half lead, I don’t think anybody expected for them to not only blow the lead but to be completely shut out in the second half. The Washington Football Team tormented Carson Wentz during the afternoon, racking up eight sacks and two interceptions.

Even a 100-yard receiving day from tight end Dallas Goedert couldn’t make up for the lack of a running game and the dreadful pass protection. The line should get better this week with tackle Lane Johnson returning from injury.

What To Expect Rams vs. Eagles

Their opponent this weekend is the Los Angeles Rams, and the Eagles will play their home opener without any fans in attendance. The two teams face off for the third time in the past four years, with the Eagles having won the previous two match-ups. L.A. did look very good against the Dallas Cowboys last Sunday, with Jared Goff playing very smart and efficient football. At the same time, their defense stepped up on key spots to contain Dallas.

Their defense looks to be just as challenging to deal with as Washington’s. Defensive tackle Aaron Donald is always a game wrecker, and cornerback Jalen Ramsey looked great last week. It’s fair to wonder if any eagles receiver can actually get separation from him.

I do expect Philly to play better on Sunday. I expect them to be hungry after week one, and I think they’ll be eager to redeem themselves. I expect that they will pull it off. The Rams are a good team, and they’ll do well this season, but I believe that the Eagles will rebound and get to 1-1 on the year.