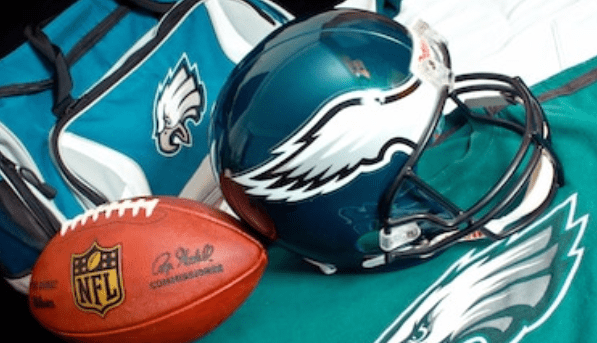 Philadelphia, PA - The Eagles are pretty lucky that there were no fans at Lincoln Financial Field last Sunday, although the artificial crowd boos were pretty effective in showing just how ugly things were for Philly.

The Rams dominated them on both sides of the football, both asserting their strong start to the season and spotlighting the miserable start for the Eagles.

There have already been calls to bench Carson Wentz in favor of Jalen Hurts, the Eagles’ second-round pick. The criticism on Wentz is fair, as he has thrown four interceptions in two starts, and has not had the same form as he did in his near-MVP season in 2017.

After going down 21-3, the Birds did make a furious rally to draw within 5 in the third quarter, when an ill-advised throw led to an interception and cost the Eagles potential points. They would later tack on a field goal to make it 21-19, but that was as close as the game ever got. The Eagles just couldn’t stop the Rams offense, which gained nearly 450 yards and seemingly moved the ball at will.

This week the Eagles face the Bengals, in a battle of 0-2 teams desperate for a victory. First overall pick Joe Burrow has looked very impressive for the Bengals, and has put Cincinnati in a position to win both of their first two games. I think that the Bengals are going to be tough to beat. Burrow will give them a chance to compete, and I think the game will be decided by how Wentz fares. The Bengals defense was torn up by the twin-headed monster of Kareem Hunt and Nick Chubb last week. I think the Eagles would be wise to attack that same weakness and run the ball.

Running the ball does rely upon having a good offensive line performance, which has not been easy to come by. This game rests on this offense’s shoulders, who need to play a complete game. This feels like a game the Eagles should and need to dominate to get their confidence back. The NFC East is off to a sluggish start, and this is a huge chance to get back in the mix early. I think they will pull it off, but it won’t be pretty. This team just hasn’t given me a reason to think they can do anything glamorously.