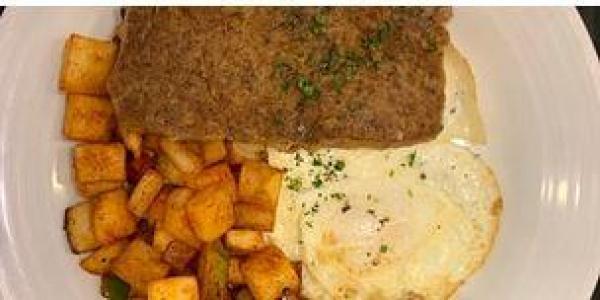 Philadelphia, PA - What is Scrapple? It is an American dish with Pennsylvania Dutch roots. Traditionally, it is made from pork scraps and cornmeal and is often filled with spices.

Pennsylvania Scrapple and Its Dutch Roots

Nowadays, the recipe is more traditional and often includes wheat flour and buckwheat flour. In addition to the Pennsylvania Dutch version, scrapple can also be found in other parts of the United States. However, it's basically the same.

Its humble origins are unclear. The earliest known use of scrapple was as a savory breakfast meat. It was primarily served with two slices of white bread. The meat was often accompanied by ketchup, applesauce, and butter. It soon became a dietary staple and a popular choice among the early German settlers. Reminiscent of how the Native Americans at the time ground maize into a meal in the 1600s.