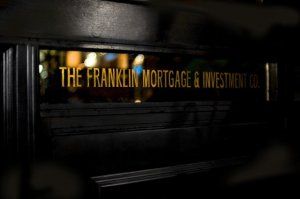 An unmarked entrance leads to this subterranean cocktail lounge with posh, dimly lit surrounds. Channeling speakeasies of the Prohibition-era, The Franklin Mortgage & Investment Company has only one focus: making the best cocktails around.

Once you walk down the stairs to this unassuming drinking establishment at 18th and Chestnut Streets, you’ll enter a world where liquor is king.