Philadelphia, PA - This weekend, become engrossed in Marvel Universe LIVE! Age of Heroes showing at Well's Fargo Center in Philly. Walking into the secret world of superheroes is a fantastic opportunity, and getting a behind the scenes preview of what audiences will see this weekend is a bonus! 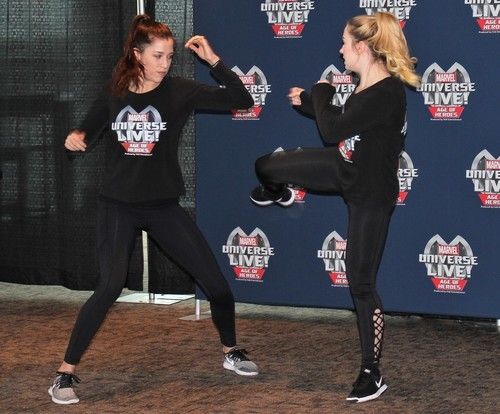 Some of the people in the roles of our favorite superheroes and villains were there, and they performed live demonstrations. The actors took time out to show how they perform some of their thrilling stunts and even gave us the chance to try it out. I was mesmerized while they acted out fight scenes, how to take a fall, and also how to use some of the weapons that the heroes have to protect our galaxy!

Captain America, who is played by Justin Jackson, stated, “With all the costumes, the pyrotechnics, and 3D mapping, it puts you into each scene. You will feel the flames. It's like a movie, but it's immersive; you feel like you're part of the show. It's about an hour and 45 minutes long, and there's an intermission.” 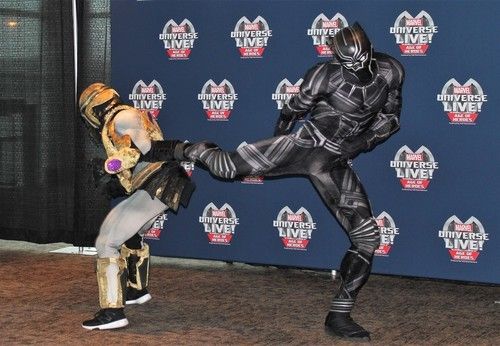 And I agree. With just seeing the demonstrations and the fight scene, I already felt captivated by Marvel Universe LIVE! Age of Heroes.

“We have 3D mapping. It projects an image onto the floor and the background, so it sets the mood for each of the scenes. We have stunt fighting, motorcycle stunts, and musical acts, which are kind of like circus acts where two females are doing a simultaneous lyra scene. It takes place in K'un-Lun, which is from a kind of a Chinese environment, so we also have Chinese lions around,” Justin Jackson continued to explain how engaging the show will be. 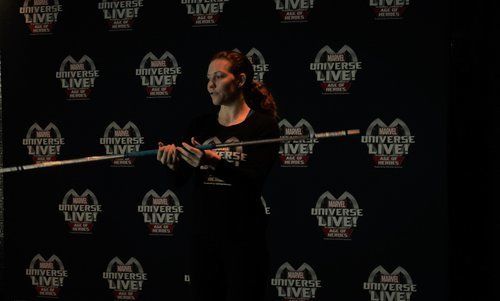 Make sure you have this on your to-do list this weekend, because as Caitlin Hutson who plays Black Widow informed me, "This is going to be exciting to watch. There is Iron Fist, and he is an acrobat, so he does a lot of flipping and fighting. He has a big fight with a cart, so it is very Jackie Chan style. So each character has very individualized fighting."

“We trained for three months in superhero boot-camp, where we learned particular fighting techniques and kicks and punches and acrobatics that we now bring to the show. It's a lot of fun!” explained Caitlin Hutson with a lot of enthusiasm. 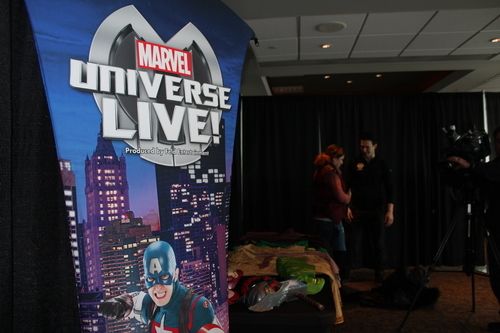 And I know that this is going to be a must-see show! With so much to see and all of the action surrounding you, I am sure that you and your superheros will feel like you are there.

There will be eight shows, and it will run from February 16th to February 19th. So if you want to see this cutting-edge and exciting performance, you can buy tickets exclusively through WellsFargoCenterPhilly.com, by phone at 1 (800) 298-4200, or by going in person to the Wells Fargo Center Box Office.

Or to discover more about Marvel Universe LIVE! Age of Heroes, go to www.marveluniverselive.com.