- Philadelphian’s know how to celebrate, and on May 12th at the National Guard Armory, 13 Irish bands performed on three separate stages at an all-day festival called The Philadelphia Fleadh. 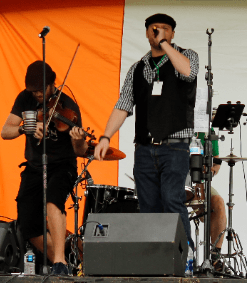 With the financial aid of sponsors like Bushmills Irish Whiskey, Joe Ems State Farm Insurance, Paddy Whacks Irish Sports Pub, and more, The Philadelphia Fleadh was set to take place whether it rained or shined.

Equally as dedicated, fans of Celtic music and dance arrived despite the weather that threatened the outdoor stages. I watched as friends and families gathered together on blankets or chairs to enjoy the lively sounds resonating throughout the Armory grounds.

Inside of the Armory, those who attended The Philadelphia Fleadh we were also treated to an Irish dance competition called The Celtic Flame’s Feis at the Fleadh.  There were several categories in which the youthful dancers could compete and win, although all of the dancers who competed from The Celtic Flame School of Irish Dance were talented and wonderful to watch. 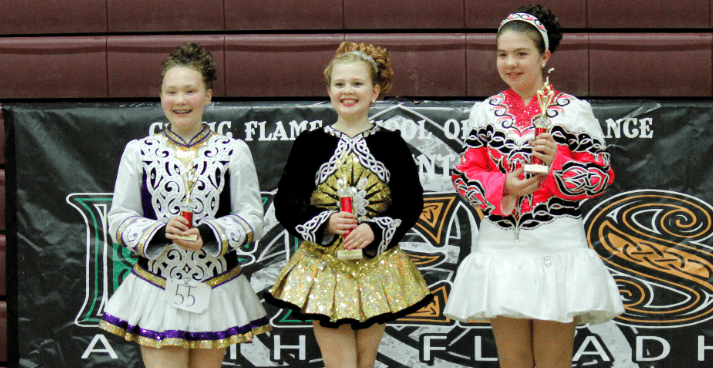 Given the event, you could further embrace Irish culture and learn how to say something in Gealic, or an Irish song, or perhaps learn to Tin Whistle during one of the Trad sessions and workshops held throughout the day. When you were finished with your lesson, you could resume watching the bands playing on stage.

Since I was there all day, I grabbed a bite to eat and drink from some of the vendors located around the outdoors main stage. For example, I had a Loaded Mashed Potato Eggroll from a food truck associated with Nick’s Roast Beef and paired it with a Magners Irish Cider that was on tap in one of the Guinness Beer tents; although I should have paired it with a Guinness Draught—but that was my own mishap. 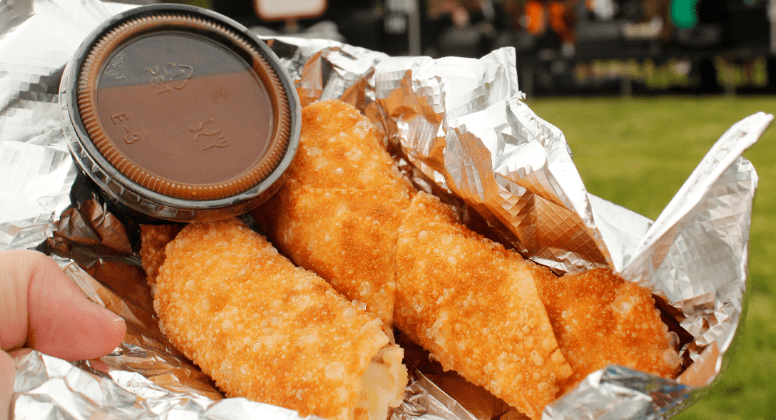 After finishing my delicious but mis-matched meal (again, it was my own fault), I was able to watch as students from Action Karate demonstrated some of their techniques. They even synchronized their performance to Celtic music. Thankfully it ended just in time before having to go indoors as a wild storm was getting ready to start.

That is how I was able to hear the band Mike and Callie playing on the indoors stage; the duo was fun and wonderful to listen to.  And when The Kim Killen Band came on stage, the crowd grew even more excited, getting up to dance to the well-known band.  After they played, I took a break to shop and look at what souvenirs and gifts were being sold, ending up purchasing a bracelet that reflects one of my own mantras: “It’s never too late to begin again.” 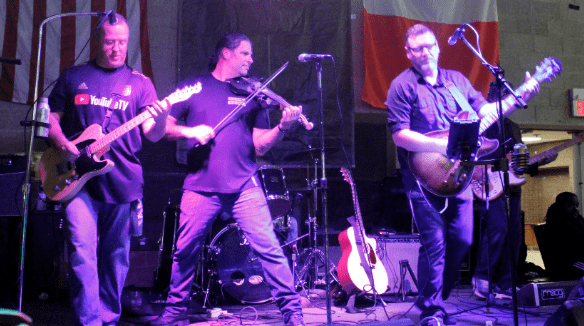 And just like the bracelet told me to do, I walked back inside to begin listening to the live and boisterous music once again.  Many who were there during the day stayed until the last band took the stage, and everyone was on their feet dancing and singing along as that epic last band took center stage. That band was none other than Jamison Celtic Rock, and they rocked the room more effectively than the storm brewing outside.