Whiskey 101 - Driving along the spectacular Antrim coast you can just tell that this is good whiskey-making country. Soft pasture land, small rivers, natural harbours and a people who know that good things take time. It's a land where legend and fact become easily blurred, where folk tales take on the mantle of truth. Who knows when whiskey was first made here? 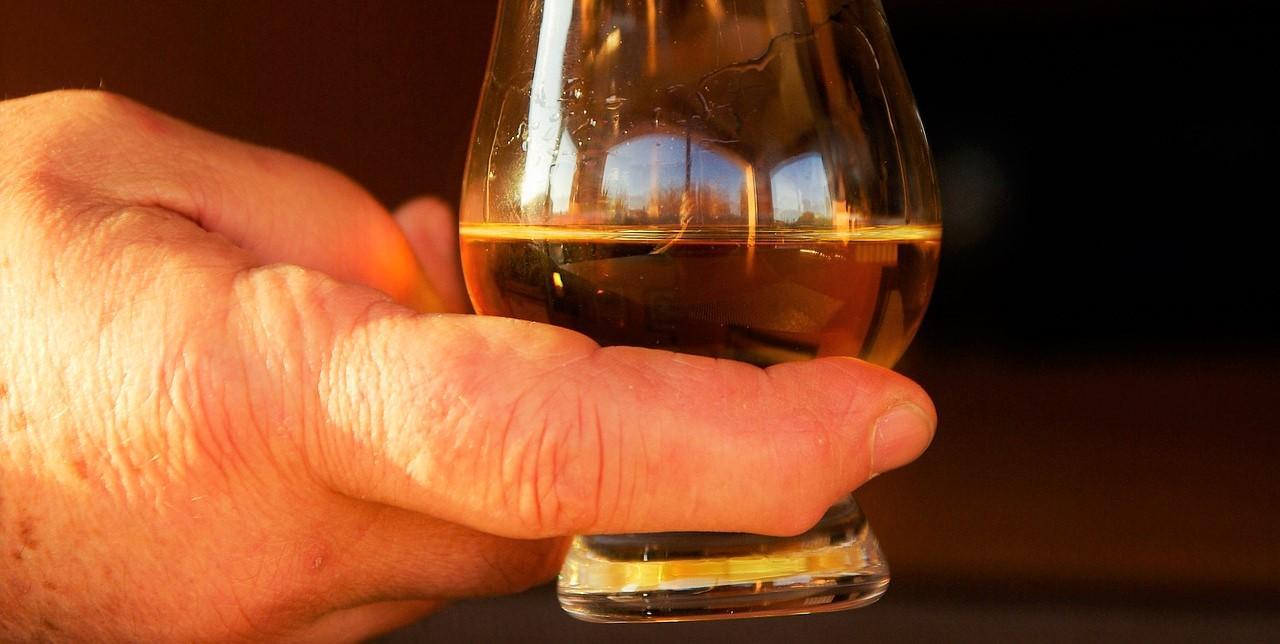 Some historians claim it started in 1276, though if the story of monks taking distilling with them when they went to convert the heathen Picts is true, it could be as far back at the 6th century. Authorization was given for whiskey to be legally made in the county in 1608, allowing Bushmills to claim that it has been making the stuff since then - and laying the foundations for some mighty craic in 2008!

Bushmills is significantly different to the other two Irish distilleries and takes you back to a time when all of Ireland's whiskey only came from pot stills. There again, this being Ireland, it's also atypical of the traditional Irish pot-still style insofar as it doesn't use a mix of malted and unmalted barley. But it's not quite like a typical Scottish malt distillery as it uses triple distillation and unpeated malt - though so do Auchentoshan and Springbank's Hazelburn.

It's a complex process, as master distiller David Quinn explains. 'After distilling the low wines in the second [or feints] still we take the strong feints forward to a third distillation which gives us a distillate at around 84%ABV. The weak feints get recycled in the second distillation with the head and tails from the third. What we're doing is leaving behind the heavier aspects of the spirit and shifting the flavour balance to more fragrant, lighter, sweeter fruity character'.

The distillery is only a few miles from the Giant's Causeway, a weird outcrop of hexagonal basalt pillars that look like a monstrous pipe organ which, legend would have it, was the southern end of a bridge linking Ireland with Fingal's Cave on the Hebridean island of Staffa. In many ways Bushmills is a modern day bridge between two whisk(e)y-making cultures. 'There's a lot of the tradition of Irish pot still whiskey making here,' says David. 'But by being a single malt we're moving into the Scottish tradition. Maybe we can claim that we take the best of both traditions! On a good day we can see Islay, it's only 16 miles, so that link has always been there - maybe starting with monks like St. Columba'. In more recent times, ex-manager Frank McHardy nipped across the sea to Campbeltown's Springbank distillery - no surprise he's behind the triple distilled, unpeated Hazelburn!

Where Bushmills differs from any Scottish distillery is by being home to blends as well as single malts - most importantly the magnificent Black Bush, a blend of 5Oper cent Bushmills single malt and grain from Midleton. Bushmills follows the Irish Distillers' policy of using a high percentage of first-fill sherry and Bourbon wood, both of them wood types packed with powerful flavours. The fact that David's light distillate isn't drowned out by these big flavours is testimony to some high-class blending skills.

'Getting the correct balance is vital. You could argue that with a delicate spirit it's even more vital that you get that flavour in correct balance with the wood. It also means we have to have top-quality wood. You can spend all the time in the world making a good distillate and then lose it by using sub­standard cooperage.' This shows best in the Triple Wood, a single malt initially aged in ex-Bourbon and sherry wood for 16 years before the two elements are married together and then recasked into port pipes for up to a year. Innovative, modern, yet in touch with the past - just like David and his team.

Bushmills 10-year-old
Clean and crisp, with apple blossom, clover and bran. Lightly creamy on the palate, with some almond paste and gentle grassiness on the finish. Pleasant and soft.

Bushmills Triple Wood
Ripe and full on the nose. A taste of molasses, then some raisin mixed with powerful, plummy fruits. Well balanced