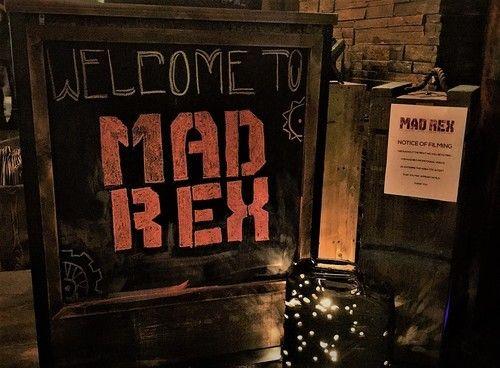 Mad RexMad Rex is unlike any other bar/restaurant that you have previously been to. Not one inch of the 8,500 square foot space, which seats 225 people was left untouched in the design process. Everything from the ceiling to floor, inside and out, even down to the silverware was carefully selected to give patrons the full post-apocalyptic experience. Upon walking through the front doors, you’ll see worn and tethered furniture, unhinged metal doors and gas cans spewed with bullet holes, exposed graffitied brick, deranged bionic creatures lurking in every corner, and weapons of destruction rest in display cases or hang along the walls. If the décor around the restaurant isn’t enough, there is also a virtual reality chamber where guests can select one of several scenarios they wish to delve into. 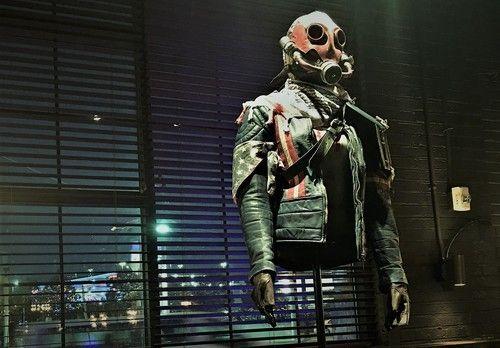 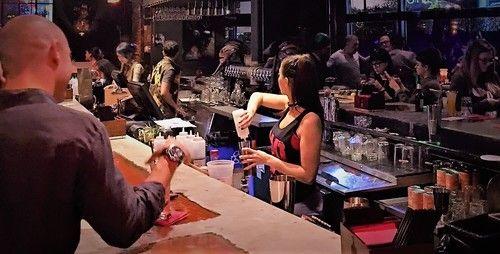 Among the cocktail menu “The Coming” and “The Dark Saying.”

The survivor’s kitchen is completely transparent and if seated in the section directly next to it, guests can watch the chefs hard at work. With a generously sized and reasonably priced Modern American cuisine menu, patrons can chose to cook and season their choice of flank steak, chicken, or salmon tableside on the pre-heated black lava rock. For dessert, Himalayan salt ice cream bowls are the perfect combination of sweet and salty. Among the cocktail menu “The Coming” and “The Dark Saying” are just a few of the dangerously delicious. Whether you chose to sit at the large double sided bar, the survivor’s kitchen, or in one of the deep u-shaped booths, Mad Rex is guaranteed to be an experience to die (or survive) for.

One dollar from each cocktail will be donated to MANNA between Wednesday and November 30, 2017. Mad Rex's post-apocalypse theme celebrates the dawn of a new day and hope for the future- so the cocktail collaboration was a natural fit with MANNA's important life-saving work to feed their clients during the holidays.

This email address is being protected from spambots. You need JavaScript enabled to view it.