PHILADELPHIA, PA — SugarHouse Casino will serve as the title sponsor for the New Year’s Day Mummers Parade for the next four parades, guaranteeing one of Philadelphia’s oldest traditions will run through 2020. SugarHouse, the 2017 sponsor, announced the three year extension today at a news conference in the Mayor’s Reception Room at City Hall. 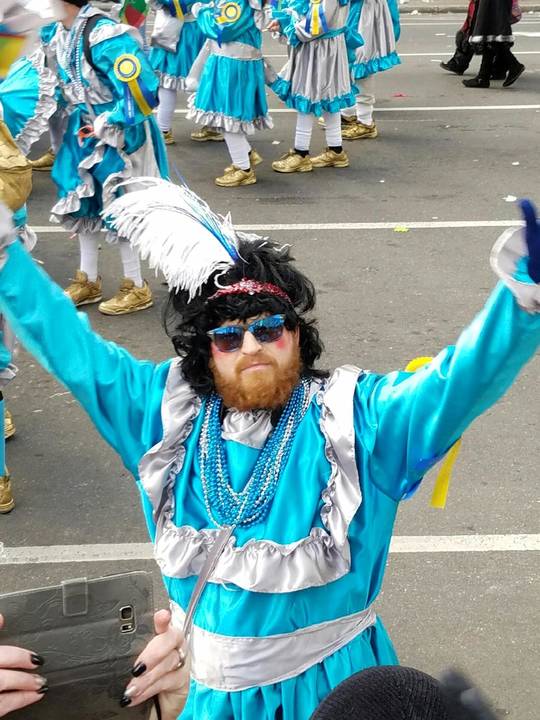 In addition to sponsoring the Rivers Casino Casino Mummers Parade, the casino’s extension includes support of the Fancy Brigade Finale. Both are broadcast annually on PHL17. Rivers Casino’s commitment to the Mummers began in 2012, and with this new agreement, the casino will be the parade’s title sponsor for nine consecutive years.

“Nothing says Philadelphia like the New Year’s Day Mummers Parade, and Rivers Casino loves the Mummers and everything about the celebration,” said Wendy Hamilton, general manager of Rivers Casino Casino. “We’re excited for this year’s parade and thrilled that the clubs will be strutting every year through 2020!”

The Mummers Parade is the longest-running New Year’s Day tradition in the country and will be held for the 117th time on Jan. 1, 2017. The parade features six classifications, among them the Fancy, Comic and String Band divisions and the Fancy Brigade.

“Rivers Casino has been a great partner to our station and to the thousands of Mummers who entertain Philadelphia each New Year,” said Vince Giannini, senior vice president and general manager of PHL17. “To have the casino’s commitment through 2020 ensures a treasured family tradition will continue for years to come.”