Philadelphia, PA - On July 1st, during the Wawa Welcome to America festival, a spirited concert was held at Independence Hall in Philadelphia.  A plethora of Gospel Choirs from our area participated in a concert and brought good will and spread an uplifting musical experience to all who attended.

The family-friendly event was free for anyone to attend and held from 7pm to 9pm. The concert was held as part of Aetna’s Concerts on Independence Series and supported by Wells Fargo.

Hundreds of families and friends filled the lawn, sitting on chairs and blankets to enjoy the inspirational Gospel on Independence concert.  An astounding feat since the concert was comprised of 100 talented choir singers, who represented various congregations throughout the Philadelphia region.

Attendees were treated to amazing ballads from singing Ministers, including Rev. Alyn E. Waller, Elder Felton Rowe, Jr., Minister Justin Gonzalez and Minister Edward Fields, also known as The Four Tenors. Singing in support along with The Four Tenors was an extensive group of representatives from local churches whose angelic voices sang together in unison is quite long.  For a full list of the participating choirs, you can go to https://welcomeamerica.com/event/gospel-on-independence/. 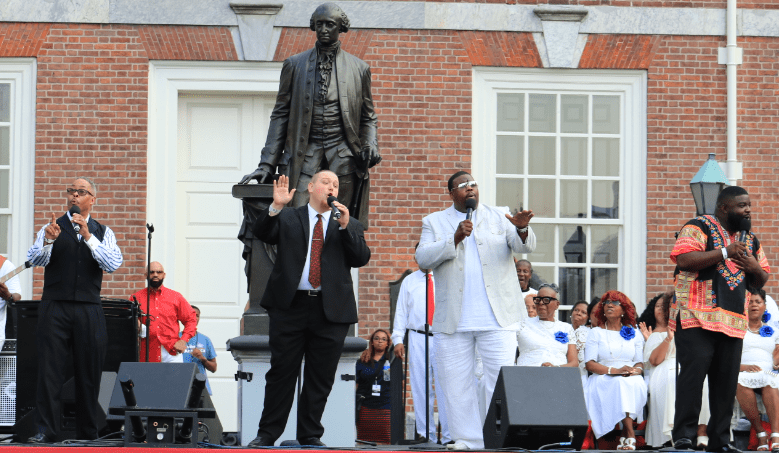 After some short introductions and personal stories from Well’s Fargo Vice President of Human Relations, a Park Ranger spoke of our Nation’s history, and what it means to fight for our right to live in a free and just society, tying our history into how to many of the ideas of how our forefather’s ideas of freedom, independence, and liberty is still relevant for today.  And how we can look at our history to realize our own independence too; words which were very inspiring to the crowd.

At the end of that moment, the 100-person choir’s voices vibrated through the crowd, onlookers raised their arms in adulation of the music filling the air.  In between song sets, there were personal stories of what inspired the leaders to become who they are today and speaking words of encouragement to everyone who was there. 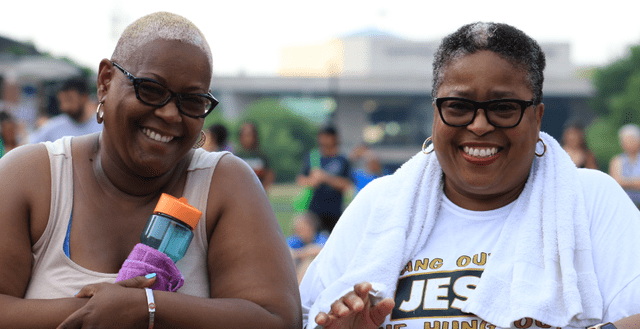 After speaking those encouraging words, the celebration continued.  The energy of the crowds was notable, they were so moved by the concert being held by Aetna’s Concerts on Independence Series that everyone could do so, began dancing. Those who stayed seated, swayed their arms in rhythm to the bountiful soulful sounds, and everyone seemed to be singing along.

The last two songs that were sung were equally inspirational; patriotic and uplifting voices rang through the air, as dancers were on stage performing in unison to it.  And as the song was finished, streamers burst through the air while the crowd cheered loudly.