Traveling Back in Time to Gettysburg Pa (Photos: Destination Gettysburg)

Philadelphia, PA - Nestled into America’s rural countryside lies a small town that just a few generations ago, was the epicenter of war, a scene where the future of the United States hung in the balance. It was a place where months later a tall, lanky president arrived on a train and later delivered an immortal speech that would turn the town from a place of epic tragedy into a symbol of hope. 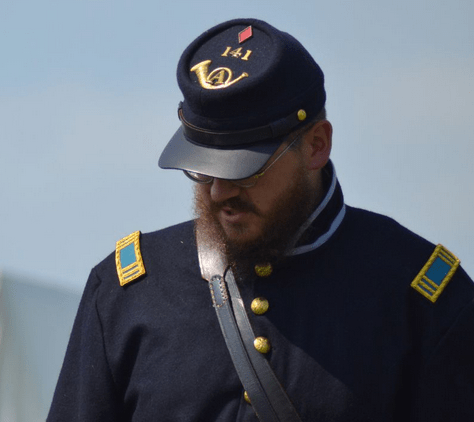 That town is Gettysburg. Fifteen decades ago in 1863, the Confederate Army, led by Gen. Robert E. Lee, forged north seeking to siege the capital of Pennsylvania and make its way east to Philadelphia. But it was in the town of Gettysburg, a carriage-making town of just 2,400 residents, that the largest battle in North America would unfold, leaving 51,000 casualties after three days of fighting.

In November of that year, President Abraham Lincoln – often considered the face of the American Civil War – would stand before thousands in Gettysburg’s newly-established cemetery. He began, “Four score and seven years ago, our fathers brought forth on this continent a new nation, conceived in liberty and dedicated to the proposition that all men are created equal,” a speech that today is simply remembered as the “Gettysburg Address,” and recited by school children around the world.

Gettysburg is a place where nearly four million visit annually – most hoping to not only learn, but to pause and reflect, on what those three days, what that speech meant, to this small town as well as a nation divided.

Travelers can be seen in the woods line along the Confederate camp riding horses while listening to stories told by licensed battlefield guides about battle tactics and anecdotes of war, talking perhaps about the army’s fateful “Pickett’s Charge,” where nearly 7,000 young men were killed, wounded or captured. 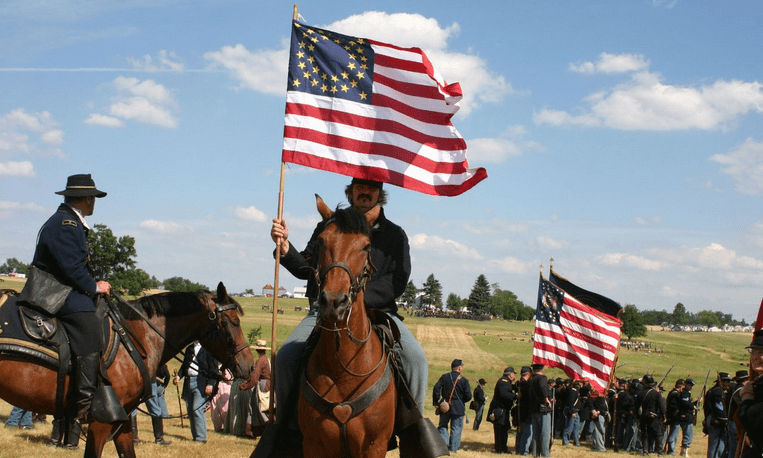 The Gettysburg National Military Park Museum and Visitor Center is bringing visitors in touch with the larger context of the American Civil War and how this town became that pivotal battle that reshaped history, and continues to remain relevant to this day. Visitors young and old are mesmerized by the town’s famous 135-year-old Cyclorama painting, a 377-feet work of art that immerses guests in the fury of battle on July 3, 1863 through a light and sound show.

In Downtown Gettysburg, where Confederates swept through the streets during the battle’s first day, families tour the Shriver House Museum – a home built just a couple of years prior to the battle, but like so many houses, found itself in the crossfire of the rifle fire. The Shriver family story represents that of most Gettysburg civilians who not only endured the war’s most tragic battle, but were for months tending to casualties and for years rebuilding their war-ravaged town.

And just a few blocks away stands Lincoln himself as the statue, “Return Visit,” points to the second floor of the David Wills House, where the 16th President put the finishing touches on the Gettysburg Address the night before his march through town to deliver his remarks at the cemetery dedication.

The town of Gettysburg, today, is surrounded by the 6,000-acre Gettysburg battlefield, which includes 42 kilometers of roadway that take travelers through farm fields, forest, and alongside more than 1,300 monuments, markers and plaques – one of the largest collections of outdoor sculpture in the world.

During the warmer months, you’ll find visitors from around the world retracing the Confederate march across Pickett’s Charge or gazing out over Little Round Top, just as the Union Army’s Fifth Corps did 155 years ago. Families circle the massive Pennsylvania Memorial looking for ancestors’ names etched into the site of the battlefields largest monument.

Encampments of soldiers dressed in Civil War uniforms keep watch over the battlefield throughout the summer and capture the imaginations of travelers with the sights, smells, sounds and tastes of war.

In the evening, visitors take a seat at any of the town’s historic taverns talking about the days’ discoveries before laying their heads down for the night at inns scattered across the countryside – many of them Civil War hospitals during and after the battle swept through town.

Lincoln was right when he said “we cannot dedicate, we cannot consecrate, we cannot hallow this ground. The brave men, living and dead, who struggled here, have consecrated it far above our poor power to add or detract.”

Visitors are reminded of that when they step foot on these fields surrounding the small town of Gettysburg, or quietly circle the Soldiers’ National Cemetery, grave after grave – many of them unmarked – as reminders of war’s toll and Lincoln’s speech delivered on that very ground.

“We here highly resolve that these dead shall not have died in vain – that this nation, under God, shall have a new birth of freedom – and that government of the people, by the people, for the people, shall not perish from the earth.”

Gettysburg remains one of America’s most iconic historic destinations – neighbors of just a couple hours drive from both Philadelphia and Washington, D.C. Together, these three destinations paint a detailed picture of American history – from the nation’s roots in Philadelphia, to its most defining moment in Gettysburg, to the centerpiece of the ideals set forth by the country’s founding fathers in Washington.