Philadelphia, PA - St. Patrick's Day is a long held tradition celebrated across the globe honoring Irish heritage and in particular: Lá Fhéile Pádraig, or "the day of the Festival of Patrick." 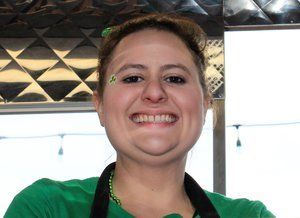 Just Fork It Working HardIn Westmont, NJ families and friends gathered around to drink and feast together, celebrating Saint Patrick's Day in Haddon Square.  The Pour House had a large pop-up beer garden set up supplying a variety of options of beer on tap, or specialty shots for those who wanted to celebrate a little more.  And the Just Fork It food truck was there with a twist on traditional Irish meals and comfort-food favorites.

While sipping on a Guinness Beer with it's creamy head and heady stout provided by The Pour House, I tried out Just Fork It's Reuben Hood (made with corned beef, swiss cheese, and sauerkraut and turned into a handheld egg roll with Thousand Island dressing for dipping).  Although the oils were dripping from it, the little Reuben-turned-egg roll was a welcomed taste. I hope that this can be a new food trend that catches on, like the cheesesteak egg rolls.

As I sat eating and drinking my St. Patty's Day feast, I observed all the parents bringing in their little ones. They continued to pass on this tradition by introducing their children to the spirited Irish ballads being played by the band Kilted Rogues who played on drums and a bagpipe.

Once the live musicians were off, there were games to be played; like corn-hole, a very youthful team of younger kids playing tag football, and some adults who decided to play a make-shift game of flip-cup.  For those of us who wanted to just relax, there were several large fire pits out and Adirondack chairs to lean back in and just chat. Making it easy to meet new friends while sitting amongst already established ones. 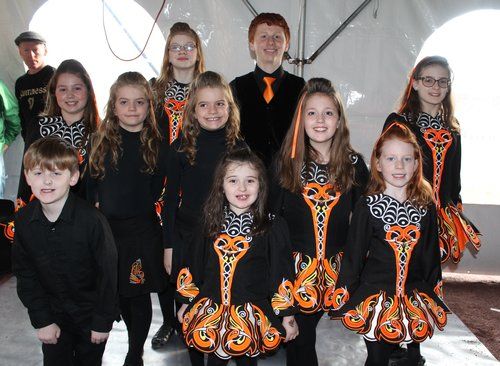 Later on, we were treated to an adorable show presented by group of young Irish dancers from Broesler School of Irish Dance's  Haddonfield, NJ location. Not only were they entertaining, among the group was local dancer Bryan White who will compete in the World's Competition next week in Scotland.  Giving our area even more reason to celebrate and support a local who is contending in a world-wide event.

I had to leave before all the festivities were over, but even as I did, there were more people arriving to enjoy The Pour House and Just Fork It's pop-up St. Patty's Day celebration. They had plenty of time to do so, as the beer garden was open from noon until 10pm that night.