Philadelphia, PA - Crowds gathered along the streets in Philadelphia to cheer on the Villanova Team Members as they Paraded down the streets in Center City. Everyone gathered was excited, eager to celebrate another victory that brought enthusiasm to the tri-state area once again.  This is the 2nd win in three years for Villanova, and the 2nd parade to march through Philly in 2 months.

As each player was called up to the stage, more cheers were heard from the crowd.  I spoke with students who are future 2018 Villanova freshman, all the way to alumni who graduated in 1975; all of whom were there celebrating the Wildcats.

And the comradery abounded as I watched the entire Villanova team laugh together, begin a chant to get their fans energy up. And the crowd joined in with the celebrations as key players of the Wildcats came up to the podium to thank everyone for their support. 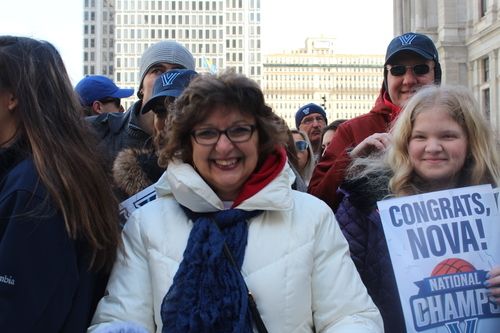 Coach Jay Wright stated, “When you get to 17th street and people are coming out from the buildings and they’re packed on the sideline and then you see the crowd gathered at City Hall, it really takes your breath away, it’s thrilling and very humbling and I can’t believe I’m in the middle of this.  And as a Philadelphia sports fan, you get to know the passion of the fans how deeply they follow sports, it makes you proud to make them happy.” 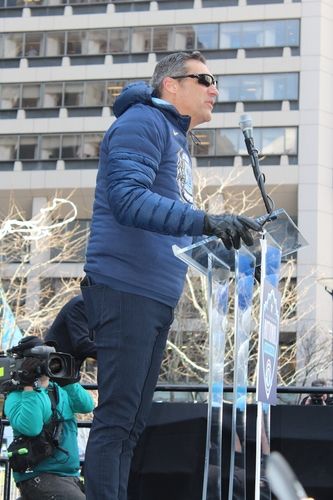 Mikal Bridges’ family was there; several generations cheering him on in celebration of his team’s big win, along with winning the Julius Erving Award.  His grandmother excitedly explained that she was not able to watch the winning game in Texas, but that she made sure to be part of the celebration today. 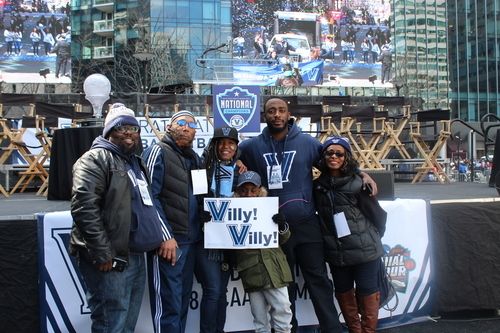 When I told Bridges that I spoke with his family, who were all excited for him, he said that, “It’s really important that I have my family out here, and that I have a lot of Nova Nation out here that’s supportive.” And when I asked how he would celebrate the win after the parade, “I am going to just hang out with the guys and celebrate that way.”

And the down-time for these young men is well deserved.  Bringing the season to an end as the proud victors, winning 79 to 62 against Michigan State. 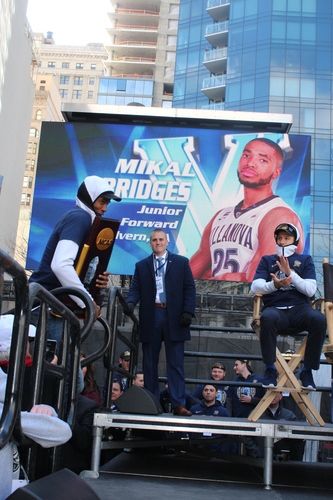 “We enjoyed the victory against Michigan, we enjoyed that. But we haven’t been together by ourselves yet to be able to talk about what we’ve done over the last few years, we will.  I want to enjoy this weekend. I want to enjoy Jalen and Mikal getting these awards. And then next week we will meet and really talk about what we’ve done over the past few years,” Jay Wright stated.

Jalen Brunson was the John R. Wooden Award winner, and with Mikal Bridges also winning an award along with Villanova’s big win, Head Coach Jay Wright was noticeably brimming with pride for his team. 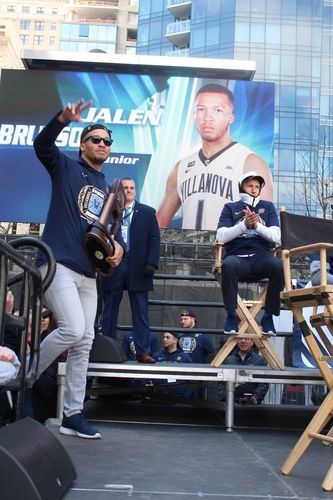 I interviewed a long-time fan Marena Bondi who told me, “That I have been following Villanova for 6 years. My grandpop graduated a very long time ago, so he always follows. And my father follows, and I played basketball my whole life, so it made sense.  Also, when I was in grade school, Donte DiVencenzo would be in our school tournament, so I got to see him play when he was in 7th & 8th grade. So my love for him continued on and I got to see and watch him play.”

And we will all be watching now, as we await what Coach will do next year to bring home another victory. 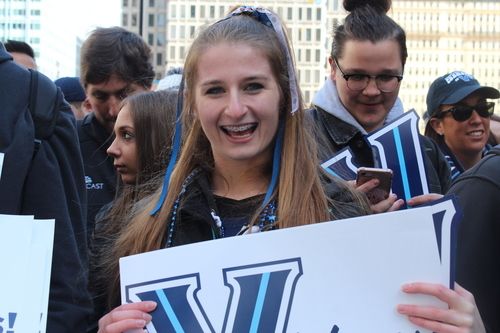 When asked if the Villanova program is going to be different now, Coach Wright answered “We never measure ourselves up compared to other programs. As long as we’re doing what’s right for Villanova we’re which is getting good people, getting guys that graduate, getting guys that want to be a part of a team—as long as we’re doing that we’re good.  We want to stay true to our culture, and when you guys mention about those other teams, we’re proud of that.”