It may come as somewhat of a surprise that Ethiopian cuisine offers some damn good vegetarian food. I bartend on the side at an Ethiopian bar and restaurant in Fairmount and I live in West Philly, the city’s mecca for Ethiopian food, so I eat my fair share. By far, the best Ethiopian cuisine I’ve found in the ‘hood is at Abyssinia. 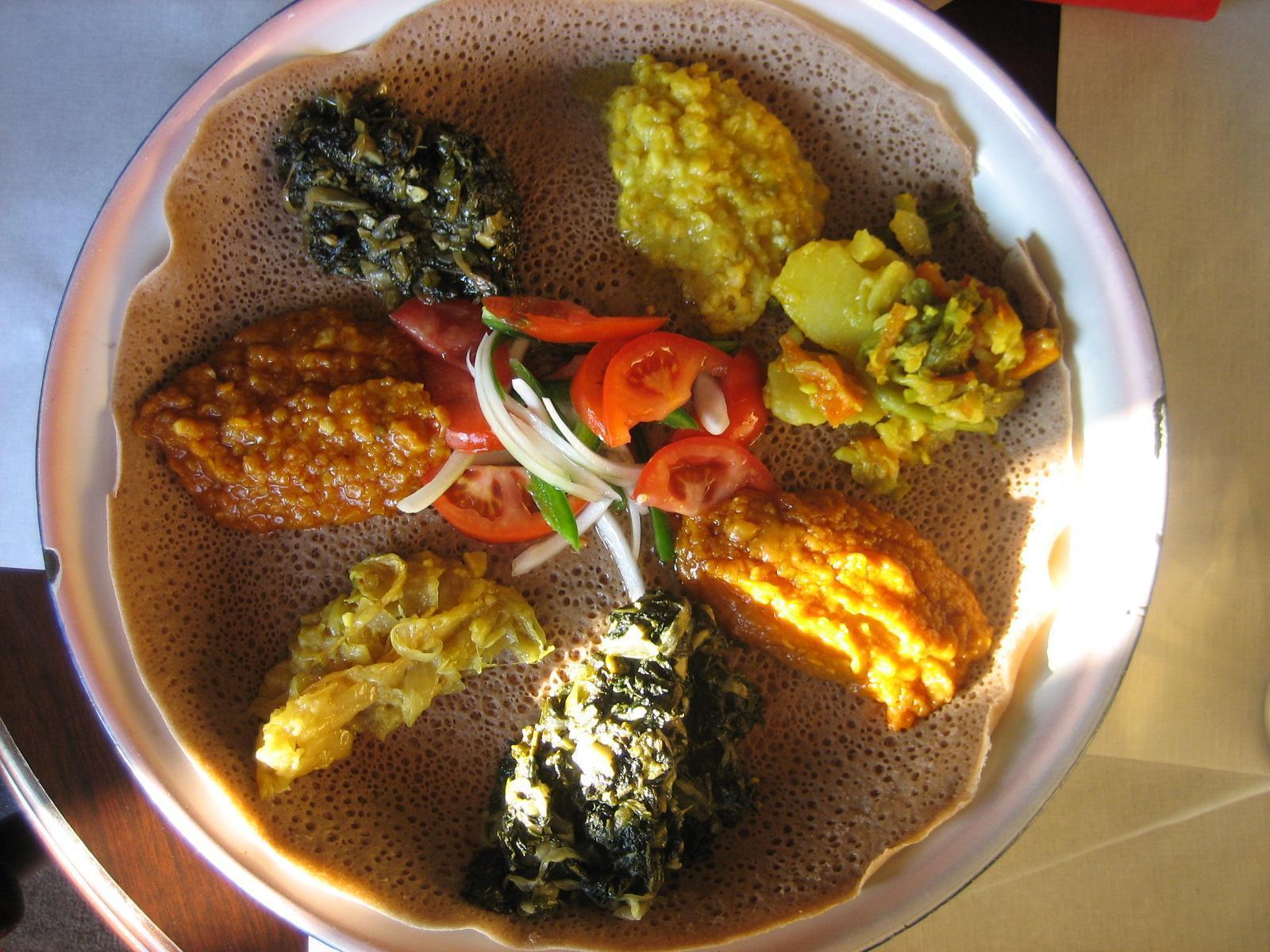 The Vegetarian Combination is a favorite of the regulars at Abyssinia. The combination offers tastes of six distinct dishes served alongside a salad of romaine lettuce and tomatoes that, simply dressed in oil and vinegar, serves as a palate cleanser. Azifa, a piquant blend of brown lentils with mustard and onion, is served cold. The Shiro Wot in contrast is Ethiopian comfort food: served hot, the smooth powdered red split peas are simple and slightly sweet. Fresh green beans, carrots and cabbage simmered in a turmeric sauce are buttery and mild while Yemesir Wot, split lentils in a sauce of berbere (a mixture, generally, of ginger, cloves, coriander, allspice), garlic, and basil, is as pungent as any Indian curry. Gomen, collard greens sautéed in olive oil, has a straightforward, earthy taste. As is customary, these dishes are served on top of Injera, the signature Ethiopian unleavened bread. Made of the grain tef, the bread has a light sourdough flavor and a distinct, spongy texture. Abyssinia’s injera is thinner and softer than it is at other restaurants and has a fresher taste.

I was told that in Amharic, the language spoken in Ethiopia, the word for friend translates as “someone with whom one shares bread.” Recently, when I suggested to an out-of-town friend, Bread Pudding Boy, that we go to Abyssinia for dinner, he responded, “Ethiopian food? I didn't know they had food in Ethiopia!” An original joke if I ever heard one... And as you’d probably guess, he ate his words once he tried the food.