- Hugo's Frog Bar & Chop House offers up martinis & prime cuts along with an upscale dining experience at the riverfront Sugarhouse casino. This legendary steakhouse opens daily for lunch and dinner, featuring an extensive wine list, waterfront views and live entertainment on the weekends, Hugo’s Frog Bar & Chop House is a traditional steakhouse with a modern design and atmosphere.

Where to Eat Steak in Philadelphia

The restaurant's name comes from its original owner, Hugo Ralli, whose grandfather was nicknamed Frog. The Chicago restaurant chain is well known for serving up top-grade chops and self-proclaimed “epic” desserts. 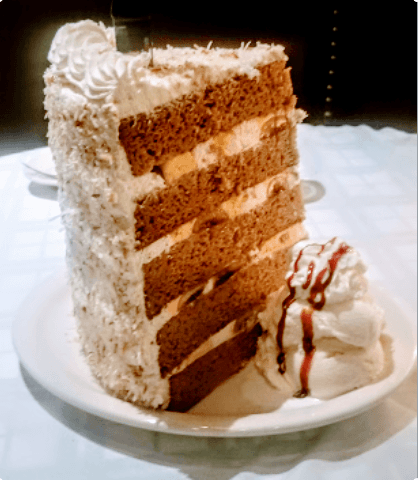 Hugos Huge Cake'sHugo's at the Rivers Casino is part of the Gibsons Restaurant Group, best known for its flagship restaurant Gibsons Bar & Steakhouse which has been a Chicago icon since partners Hugo Ralli and Steve Lombardo launched the original in May of 1989. And, Gibsons Restaurant Group is the very first restaurant group in the United States to have its own USDA Certified Angus Beef Program.

Before joining Hugo’s crew, Pearce served as the executive chef at The Palm Restaurant. Pearce came to Rivers Casino, immediately after the casino joined with The Palm to employ displaced workers after the restaurant shut down for renovations.

The Steakhouse offers some of the city's best steaks and seafood and is one of the best dining experiences in the region. Along, with a reasonably priced menu and epic desserts. Hugo's offers guest free parking and beautiful views of the Delaware and Ben Frankin Bridge.