- After a nationwide search, local Philadelphia Attorney, Sam Haaz has received the sought after white apron and a guaranteed spot in the Top 20 of MasterChef! 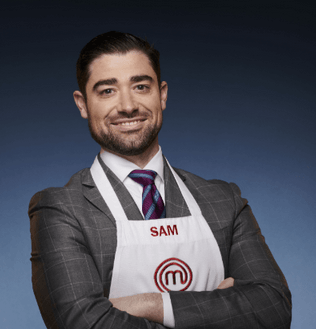 The competition kicks off for The Top 20 with a culinary boot camp to weed out the cooks from the chefs. For a chance for immunity, the chef-contestants’ skills are put to the test in a quick-fire evaluation of their culinary expertise. Then, the home cooks face their first mystery box challenge of the season, in which they will make a dish inspired by Chef Gordon Ramsay or be at risk of elimination. Two people will be sent home, leaving eighteen contestants in the running to take back a quarter of a million dollars, the MASTERCHEF trophy, and the opportunity to train in Joe Bastianich, Aarón Sanchez, and Gordon Ramsay’s restaurants. Find out who makes it to the next round in an all-new “Gordon’s Mystery Box” episode of MASTERCHEF airing Wednesday, June 12 (8:00-9:00 PM ET/PT) on FOX.