"Yuengling maintains a special spot in my heart," mentioned Aaron Nola. "I had my very first Yuengling Lager just after being drafted by Philadelphia, and I haven't looked back. The fact that America's Oldest Brewery is family owned and operated is important to me as I value family more than anything. I love popping open a cold Yuengling whether it's a day fishing with my dad and brother back in Louisiana or following a big game." 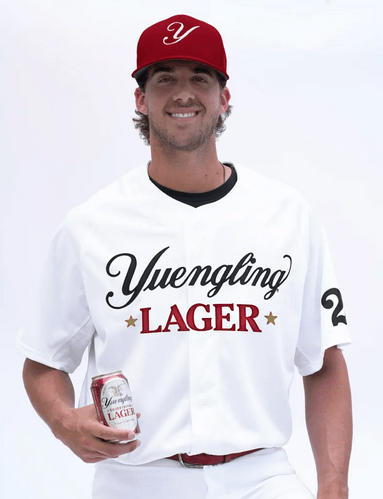 The collaboration with Aaron Nola consists of a wide array of elements most notably personal appearances, fan meet & greets, an opportunity to win a Yuengling vending machine, social media contests as well as giveaways, regional Philadelphia marketing and advertising and support for Aaron's 2020 community initiatives.

As Yuengling last year commemorated its 190th anniversary, as well as being Yuengling's sixth generation of family members – Jen, Debbie, Wendy, and Sheryl Yuengling will be stepping into additional leadership roles inside the family-owned company, Aaron's independent spirit, devotion, made the partnership the ideal match.