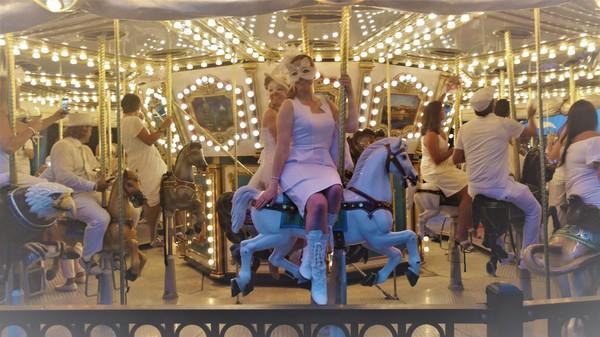 While Le Dîner en Blanc - Philadelphia has been the recipient of “best foodie event” and “best pop-up” awards from publications such as PhillyBite Magazine and Main Line Today, the event’s greatest distinction is having the highest guest return rate of all the Dîner en Blanc events in the United States.

Described as a “completely delicious and amazing” evening and named “one of the best events in the last decade,” FEASTIVAL celebrates both our artistic and culinary scenes – two great economic engines that push Philadelphia forward. FEASTIVAL has been hailed as “the cultural event of the year,” “best party in Philadelphia,” and “a party from a different world.”

The Great Chefs Event 4.) Great Chefs Event - The event will benefit Alex’s Lemonade Stand Foundation and Vetri Community Partnership. More than 1,200 guests will gather from 6-9 p.m. at the beautiful Urban Outfitters, Inc.’s corporate campus in Philadelphia’s Navy Yard for the culinary event of the year. The party will continue into the night at the equally in-demand After Party at Lo Spiedo for chefs, sponsors, and VIP ticketholders. General admission and After Party Access tickets are currently on sale at vetricommunity.org and AlexsLemonade.org.

In years past, Marc Vetri has hand-selected the list of participating chefs, calling on friends and respected colleagues from LA, NYC, Chicago, Italy, and more. The chefs will donate their time, talent, and food, creating delicious samplings indicative of their own personal styles. Participating chefs include both veterans of the event as well as several noteworthy newcomers. Among the new participating chefs this year are Hugh Acheson of 5 & 10 in Athens, GA; Frank Castronovo & Frank Falcinetti of Frankies Spuntino & Prime Meats in Brooklyn; Derek Dammann of Maison Publique in Montreal, QC; Evan Funke of Felix in LA; Sara Jenkins of Nina June in Rockport, ME; and Ryan Poli of The Catbird Seat in Nashville. Returning chefs include Paul Kahan of Blackbird, avec, The Publican and Big Star in Chicago; Alex Guarnaschelli of Butter in NYC and television personality on The Food Network; and back for the first time since 2013, Duff Goldman of Charm City Cakes in Baltimore and star of The Food Network’s Ace of Cakes and Cake Masters.

Upon a Roof - "The Chefs of Passyunk"5.) Up on a Roof - "The Chefs of Passyunk," Twenty chefs and restaurateurs from Philadelphia’s restaurant row will celebrate the neighborhood's thriving culinary scene with a cocktail party and benefit on top of Bok Bar (800 Mifflin) in the former Bok Technical High School. Guests will enjoy one of the city’s most picturesque views while enjoying cuisine from top chefs like Nicholas Elmi, Joncarl Lachman, Todd Wentz, Chris Kearse, Lee Styer, Lynn Rinaldi, and others. New restaurants participating in this second-year event include Barcelona, Capogiro, Plenty Cafe, and P'unk Burger. Tickets are $40 and available at bit.ly/passyunkboktickets. Proceeds benefit programs and initiatives by EPABID, including supporting the East Passyunk restaurant valet program. The rain date is scheduled for Tuesday, September 19, 2017.

“Upon a Roof showcases the diversity, talent, and generosity of our many chefs and restaurants,” said EPABID Executive Director Pam Zenzola. “This event celebrates our very close and supportive culinary community where the city’s top chefs work, live, and collaborate every day. Look for your tried and true favorite dishes - and be ready to experience new flavor sensations being prepared just for the night.” 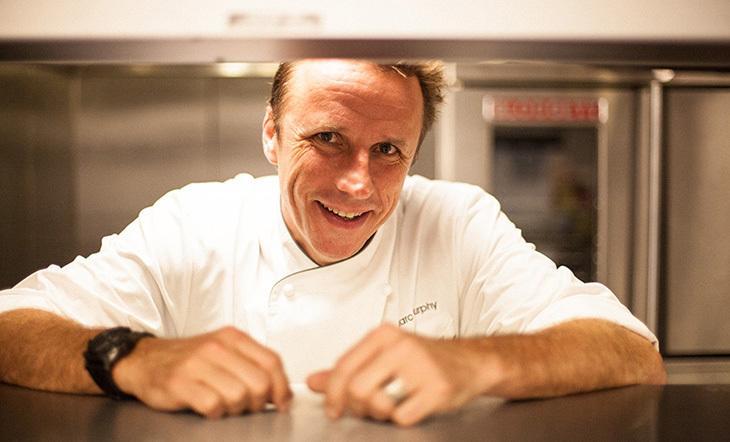