Philadelphia, PA - KEEN is pleased to announce it has soft opened to the public (with a limited menu and hours) and will open formally, Tuesday, November 28th at 5pm. Excited to be joining Philadelphia’s dynamic dining scene, owners Chris and Caitlin Rorer are bringing modern American fare to an incredibly eclectic restaurant that is a marriage between an approachable neighborhood tavern and a carefully curated art space. 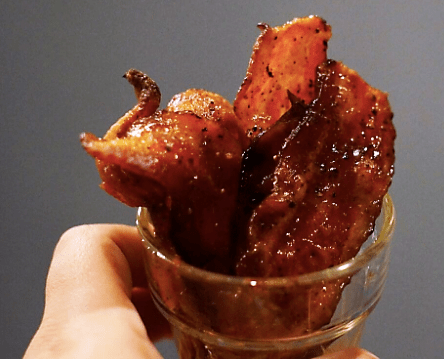 KEEN PhillyInspired by Caitlin’s maiden name – Keeney, the restaurant is a true family affair. Chris and Caitlin met at The Restaurant School at Walnut Hill College and later married. The pair hand selected their team and didn’t have to look far. Chef Antonella Biundo also attended the restaurant school and Sous Chef Liam Keeney is Caitlin’s younger brother. Bar Manager Tom Danks was Chris’ local bartender and is a long-time friend of the couple. Moved by the neighborhood’s fondness for previous tenant Astral Plane, the Rorer’s have taken their time executing a whimsical atmosphere and an approachable menu that will focus on treating guests like family.

“This was as much a restaurant build out as it was a large-scale art project. All of our pieces and installations are hand-made and built specifically for KEEN — from the salvaged driftwood staircase to our hand-laid glass bar top,” said Caitlin Rorer. “We have heard so many warm stories of first dates and engagements happening here over the years and we hope to serve the community in the same way.”

The Super Blue Blood Full Moon is considered a lunar trifecta, because of the combination of a blue moon (the second occurrence of a full moon in one calendar month), supermoon (a full moon at the closest point of its orbit around the planet) and a total lunar eclipse or “blood moon” (the occurrence of Earth’s shadow upon the moon’s surface to give a reddish tint). In celebration of the rare celestial manifestation, Keen is launching its monthly full moon event series.

“The appearance of a Super Blue Blood Full Moon is so incredibly rare, it only occurs every 265 years,” said Keen Owner Caitlin Rorer. “What better way to kick-off our monthly moon series than with this rare lunar trifecta?”

Keen’s upstairs eclectic bar will transform into a supernatural haven with dimmed lights and cosmic-themed music to ring in the full moon. Attendees can receive complimentary neon face painting and experience a tarot card reading from Philadelphia-based Reiki Master and Artist Mackenzie Flynn for $15 on a first come, first serve basis.

The bi-level restaurant boasts a downstairs seven-seat bar decked out in Caitlin’s “sexy rainstorm” decor. The glass bar top is hand-laid from San Diego-based custom glass architect, Jockimo, and weighs over 1,000 pounds. Topped with a chandelier installation from Michael McHale Designs imitating falling rain, the barstools below are rich navy velvet and large enough to settle in for a leisurely date night. Chris’ love for the outdoors is conveyed through the custom staircase featuring reclaimed Chinese Sumac. The bar is adjoined by a 40-seat American country style dining room centered by a Pio Diaz chandelier from Norway that produces a shadow forest of wild trees.

The upstairs bar seats 12 and will be open nightly serving guests in the Living Room – a space perfect for a more casual dining or drinking experience, watching the game or a friendly board game. The upstairs area has 20 seats but will serve as a private event space for up to 60 patrons. The bathrooms feature salvaged barn doors as well as a vintage condom machine that dispenses complimentary prophylactics (KEEN branded to represent the Rorer’s quirky sense of humor).

The casual American menu will feature appetizers such as such as Pig Candy ($10) thick cut brined and candied bacon with spicy maple syrup served with an optional 1oz pour of Old Grandad Bourbon for $5; House-baked soft pretzels ($10) with spiked caesar; and a Triple Dip ($15) whipped beets, carrot hummus, and lemon squash with Baker Street Ficelle and house pickles for dipping.

The Mains section features familiar fare combining the chef teams’ unique spin on family recipes. The Big A** Sexy Salad ($16) is Caitlin’s expertly prepared “simple salad for people who hate salads” and the Fall Noodles ($15) is a Keen family classic – handmade linguini with mushrooms, squash, leeks, lemon garlic sauce. The Bonesless Short Rib ($27) is braised for 8 hours and a sure cold weather favorite – it’s accompanied by brussels sprouts and mashed squash. The Vegetable Board ($30) boasting salt & vinegar beets, glazed carrots, maple glazed brussels sprouts, roasted cauliflower, balsamic mushrooms and root vegetable bread pudding will be the envy of even your most carnivorous friend. Casual fare such as the Spicy Chicken Sandwich ($14) pulled chicken patty, buffalo demi, pickled cucumber and kale on a Baker Street onion poppy roll is a kitchen favorite and will be featured on the late-night menu when . On the desert menu, don’t skip Chef Antonello Biundo’s Sicilian Aunt’s rainbow cookies served alongside an expertly pulled La Colombe espresso for $7.

Danks’ direction for the cocktail program is fast craft with five or less ingredients. The six rotating tap lines will feature exclusively Pennsylvania brews, plus two draft wines that will include an organic Italian rosé for $7 -- all day. The restaurant will also take advantage of recent legislation allowing select local restaurants to sell wine to go.

KEEN is now accepting reservations through open table and walk-ins are welcome.