Dedication Day - The Anniversary of the Gettysburg Address

Gettysburg, Pa. - It was several months after the smoke cleared out of Pickett’s Charge, possibly the most tragic attack in the four-year American Civil War. Abraham Lincoln arrived in Gettysburg and walked down the train platform towards a town ravaged as a result of civil war. The 16th president understood the gravity of this day, as well as the opportunity, of the upcoming event.

Dedication Day - The Anniversary of the Gettysburg Address 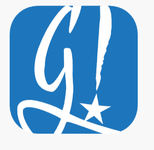 Destination GettysburyAsked to present “a couple of appropriate remarks” following the day’s main presenter, Lincoln poetically arose out of his chair and began what come to be one of the greatest speeches in history. Many decades later, school kids all-around the globe still learn and repeat his “Gettysburg Address.”

Then again for a town which had been in the middle of war’s consequences – in which 22,500 dead and wounded had been treated during the weeks preceding the epic conflict – Lincoln’s brief but monumental visit transformed Gettysburg from a town of loss into a place of hope and re-unification.

Lincoln’s 272-words, delivered on Nov. 19, 1863, in a rain-soaked cemetery left a legacy not merely for the small Pennsylvania town, but for Lincoln himself, whose “Four score and seven years ago …” is appreciated by generations long after and as a reminder of our continuing work as a nation.

Gettysburg marks the event each year with a Dedication Day ceremony in the Soldiers’ National Cemetery – a chance to not only remember Lincoln speech but bring modern-day relevancy to the historical past that has made Gettysburg one of America’s most iconic getaways.

This year’s keynote speaker is going to be Dr. Janet Morgan Riggs, President of Gettysburg College, accompanied by various other members of the Lincoln Fellowship of Pennsylvania in commemorating the event, highlighted by the reciting of the Gettysburg Address by nationally esteemed Lincoln presenter George Buss.

Gettysburg is going to pay homage to the soldiers who sacrificed their own life in Gettysburg with its yearly Remembrance Day two days before – commemorated with a parade and lighting in the national cemetery. The Gettysburg parade begins at 1 p.m. includes thousands of Union and Confederate soldiers marching from Downtown Gettysburg. Later on that evening, at 5:30 p.m., candles are illuminated all-around the cemetery’s 3,500 gravesites in recognition of the sacrifice made during the course of the Battle of Gettysburg.

You can find quite a bit of living history demonstrations and encampments scheduled all through the day. For even more information, particularly a full calendar of events, go to www.DestinationGettysburg.com.