- Visitors to Philadelphia, over the extended holiday weekend, are going to be able to tour Independence Hall and the Liberty Bell Center, even in the face of the partial federal government shutdown. Philadelphia Mayor Jim Kenney, VISIT PHILADELPHIA® President Jeff Guaracino and Superintendent of Independence National Historical Park (INHP) Cynthia MacLeod revealed today that Independence Hall and the Liberty Bell Center is going to reopen Friday, December 28 thru Sunday, December 30, 2018, from 9 a.m. to 5 p.m. 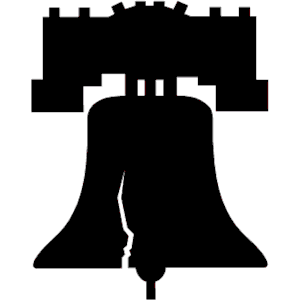 VISIT PHILADELPHIA is contributing around $32,000 to the National Park Service to cover the expenses needed to continue to keep Independence Hall and the Liberty Bell Center open for three days. Travel and leisure is an essential part of Philadelphia’s overall economy. In 2017, 43.3 million people paid a visit to the Philadelphia area, spending a total of $11.5 billion—or $31.5 million per day—in economic impact. (Source: Econsult Solutions, Inc.)

The days between Christmas and New Year’s Day are a hectic time of the year for INHP. The Independence Visitor Center is run separately from the INHP and anticipates somewhere between 70,000 and 100,000 guests around Christmas and New Year’s Day. An estimated 25,000 visitors frequently visit Independence Hall as well as the Liberty Bell Center around the extended weekend (Friday thru Sunday) before New Year celebrations. Because the partial federal government shutdown started on December 22, 2018, guests were not able to tour Independence Hall or the Liberty Bell Center. City and tourism representatives felt it was worthwhile to keep the essential sites open.

Other historical sites and attractions around Independence Mall will not be affected by the partial federal government shutdown and are going to stay open throughout the holiday weekend and beyond:

Follow the hashtag #OpeninPHL on Twitter for information from Philadelphia destinations. Go to www.visitphilly.com for more details.