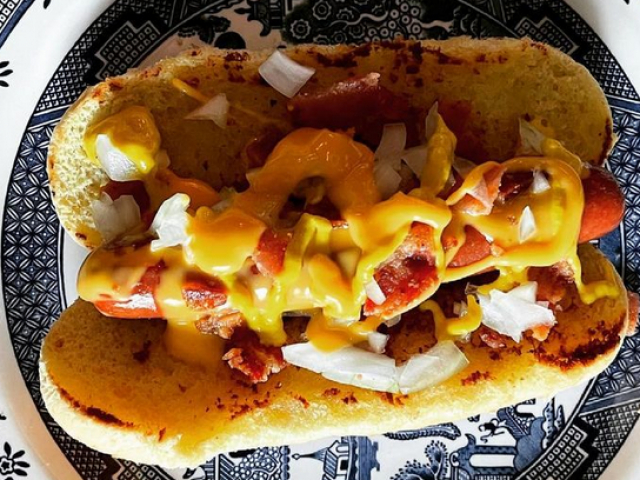 Philadelphia, PA - A Texas Tommy is an American hot dog dish with bacon and cheese. The hot dogs may be grilled or deep-fried.

The Texas Tommy's Was Invented In Pottstown, PA

Texas Tommy's were invented in Pottstown, Pennsylvania, and became popular during the 1950s. Depending on the style, a Texas Tom might be served with a side of chips. In addition to the bacon and cheese, other ingredients in a Texas Tommy may include pepper jack cheese and other condiments.

The first Texas Tommy recipe appeared in the 1940s. It contains a slice of bacon, a bun that has been toasted or warmed; it's made by wrapping the bacon around a hot dog. The next step in preparing a Texas Tommy is to spread the cheese and bacon on the hot dog, and the final step is to top the hot dog with ketchup and mustard.

The hot dog should be grilled on medium heat, and the toppings should be placed on the grilled hot dog. A Texas Tommy is traditionally eaten with a variety of toppings. Another variation is a Texas Tommie "hitched" with macaroni and laid on top of it.