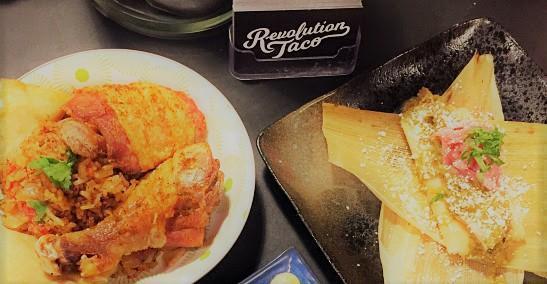 Just as Revolution Taco (Rittenhouse Square) begins their 2nd year at 2015 Walnut Street, they welcome the cold Winter climate with hearty new menu additions for customers to fill up. Revolution Taco hosted an All You Can Eat Taco night to celebrate their 1 year anniversary on January 13th with drinks provided by Yards Brewing Company. 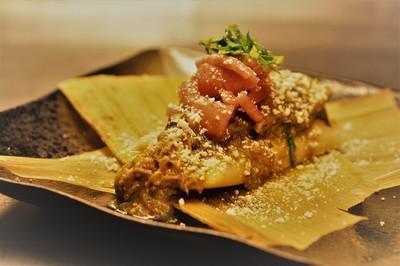 Co-Owners Michael Sultan and Carolyn Nguyen wanted to expand their menu of offerings by debuting Tamales, Arroz con Pollo and Revolution Taco's Pig Wings. And we know you’ve been waiting for it- starting up Monday’s will also be offering Mix and Match Tacos including all varieties except duck!

This fast casual brick and mortar concept was inspired by two food trucks Taco Mondo and Say Cheese Philadelphia. Owners Carolyn Nguyen and Michael Sultan worked together for many years in the culinary world before starting their business together. The duo saw the increasing demand for Taco Mondo, and their opportunity to expand the businesses. With a classically trained chef approach, they use the taco shell as a vehicle to create unique global flavors for Revolution Taco. Its no wonder that with their combined 25 years of restaurant and catering experience the city of Philadelphia has fallen for their ingredient inspired, fresh, exciting twist on tacos.

“We want to expand the number of options and constantly improve our menu to keep things interesting for ourselves and our customers,” said Sultan. “We want to give our customers ingredients and flavors that they are familiar with but in a fresh new way. We also want to expand and push the boundaries of what a traditional taco shop is.”

Today the new dishes start rolling out beginning with Arroz con Pollo during Wednesday night dinner service. Each week, look for the duo’s twist on the family-style Mexican dish that typically features chicken and rice for $11. Tonight’s variety is traditional chicken and rice, served with an special quesadilla that uses a house-made corn tortilla and fontina cheese. Future weeks will see varieties using confit duck, salt and pepper fried wings, and Chinese BBQ. 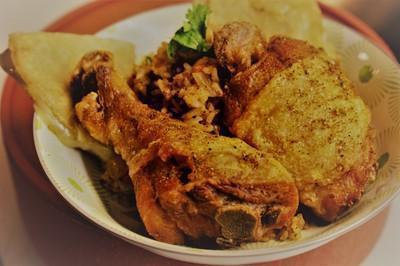 Get ready because starting this Friday, the menu will also debut Pig Wings these braised pork shanks are dredged, fried, coated in sauce served with rice, beans and house-made Roja Salsa. The duo used to offer limited quantities of Pig Wings on Street Food Truck when it used to serve at Drexel University. Now, they bring the tradition to their brick-and-mortar every Friday for both lunch and dinner service. Pig Wings will sell 3 per order for $10.00. Upcoming varieties include Korean BBQ, Dry Rub and Chipotle BBQ. 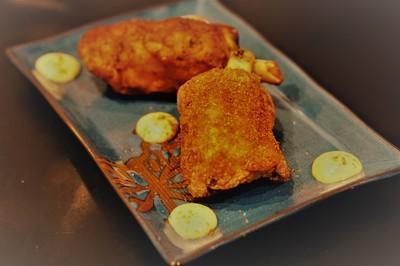 *It’s also important to note that Revolution Taco is BYOB if you’re looking for a date night spot that won’t break the bank!
“We did a different variety each week to keep things interesting,” said Sultan. “Our pig wings are slow cooked braised pork shanks. The way we cook them allows the flavor to shine through while keeping them tender and juicy. The meat falls right off the bone. Our sauces and rubs are all house-made and, when possible, uses spices from our own garden.”

And last but certainly not least is an addition to the everyday menu, Tamales. These treats are made with corn dough steamed inside a corn husk or banana leaf. They come in many different varieties and seasonings. The first variety will feature Chicken Verde – and sell for $4.00 each. “We went looking for a good tamale in the  Rittenhouse Square area and couldn’t find one, so we decided to make our own,” added Sultan. “Tamales are a natural progression for taco shop. Watch for other changes and additions to come as the weather breaks too.”

The specials schedule is as follows: