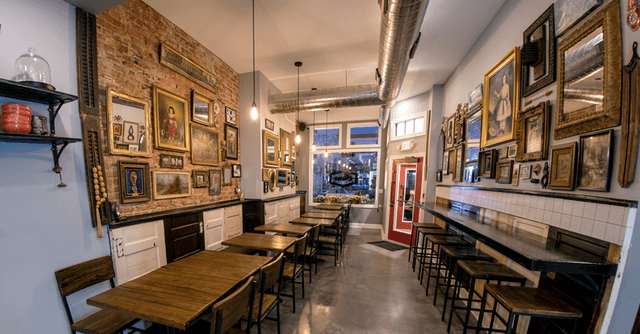 Philadelphia, PA - Philadelphia's restaurant with a social mission is on the road to recovery and celebrating a special milestone this week. Celebrated Chef Bobby Saritsoglou and Christina Kallas- Saritsoglou will host an all-day Second Anniversary Party for Stina BYO in South Philadelphia.

After a two-year build-out, opening to critical acclaim and shutting down during their first year, the award-winning restaurant is back and hosting an all-day affair with outdoor food, drink, music and community.

This Saturday, Stina presents a special Greek-style barbecue, a pop-up by Stickman Brews, and live traditional Rembetiko style Greek music. The daytime celebration runs from 12:00 pm to 4:00 pm with the Stickman Brews Pop-up, Greek BBQ, and Lunch Specials. In the evening until 10:00 pm, Stina will host live music all evening while Chef cooks up his award-winning cuisine.

Stina's Second Anniversary celebrates the anniversary, but more important is a thank you community event to the neighbors and patrons that kept the restaurant in business during the pandemic. The celebration also honors their social mission of giving back to community non-profits - with $10,000 donated so far to 14 local organizations.

For Philly Pride Month stories, Stina relaunches their monthly charity program as referenced above. For June, 1% of sales for the month will be donated to The Attic Youth Center. On Tuesday, June 29th, Stina will give 20% of that day's sales to the organization from 4:00 pm to 10:00 pm.