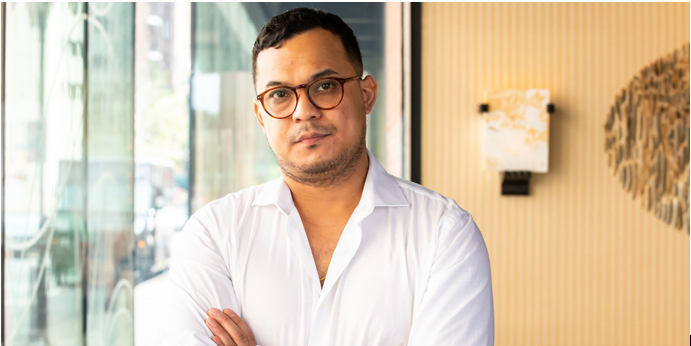 Philadelphia, PA - Chef Jose Garces announces the second Chef in Residency, Chef Phila Lorn. Garces said, "Chef Phila is a Philly guy through and through. He is named after Philadelphia and learned his love of cooking from his mother. I see many similarities in our stories – I chose Philly to be my home, my grandmother taught and inspired my love of cooking, and we both want to share those recipes and my love of food with guests.

Through this residency, Chef Phila will use the funds donated to open a Cambodian noodle shop in South Philly, being the first in his family to own a business. It's important to share your knowledge and I hope the exposure Chef gains from this residency, not only guest-facing but also from my perspective as a restaurateur, will help his next steps be successful."

He added, "I've had the pleasure of cooking with Phila at Volvér over the last few weeks.  His enthusiasm and creativity are contagious and can be tasted in each dish. One dish I was particularly touched by was Chef Phila's  Mawn 'Pho Don', his take on Chicken Pho with a Cambodian and Japanese twist, that chef created and perfected during staff meals at the restaurant's he worked in. Staff meal is such an important time in the restaurant as it promotes that family feeling amongst the staff that is vital for successful service.  Chef Phila called this dish out as one he would be making during staff meal to make sure it was executed perfectly.”

On working with Garces, Lorn said, "Cooking with Chef Jose Garces and his team during my residency at Volvér will be high on the list of achievements for me. Growing up in Philly’s food scene, Chef Garces is OG. He’s stamped the city with his restaurant concepts and innovative flavors. I don’t know one Chef in Philadelphia who isn’t influenced one way or another by Chef Garces. It will be a true honor to cook alongside him."

Phila Lorn has been up and down the block in Philadelphia's food scene for 16 years, cooking with great chefs who taught him how to find himself. Teaching him what to do, what not to do, and most importantly how to cook. After doing nearly a decade of Japanese food working alongside Chef ZamaSan of Zama, helping to run the kitchen at Stock with Chef Tyler Akins, and learning how to see food as an art alongside Chris Kearse at Will, Lorn realized that his reason for cooking had changed. It no longer was a learning phase as much now. It no longer was the game of “beasting” the line. All of these great chefs and others who represent Philadelphia as an established “food town” helped Lorn realize that he wanted to cook his own food. Showcasing his culture’s flavors.